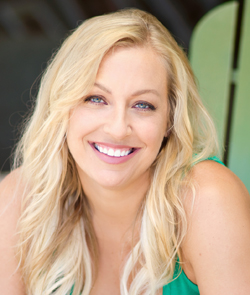 Miss Sarah Green was born and raised in Chicago, IL and has been dancing since age 3 and performing on stage since age 5. She is trained in ballet, tap, jazz, modern, pointe, lyrical jazz, and contemporary and holds a BA in Theatre with a Minor in Dance Education from Western Illinois University. Her first professional job was at age 11 in the Corps de Ballet, of Hansel and Gretel. After a growth spurt and realization that en pointe she was 6ft tall, she moved on to Musical Theatre. Sarah has performed with three different dance companies and on stage in countless theatres across the country, performing in ‘Singin’ in the Rain’, ‘South Pacific’, ‘A Funny Thing Happened on the Way to the Forum’, ‘The Wizard of Oz’, ‘You’re a Good Man, Charlie Brown’, ‘City of Angels’, ‘Pippin’, and a member of the original west coast cast of ‘Xanadu’. A proud member of the Screen Actors Guild since 1997, Sarah has also appeared in movies, television, and commercials, including dancing with Big Bad Voodoo Daddy. Sarah is a fully accredited preschool teacher carrying over 12 ECE units and having over 20 years of experience working with the ages of 2-16 – to adult. Her love of musicals and the joy of performing generate her enthusiasm to share the arts of dance and theatrics with children and adults. Life is theater and the world is our stage.

Miss Cassie has been dancing for over 20 years. She grew up in Porterville, California where she started dancing at the age of 7 at Deenie’s Dance Workshop. After a few years of learning ballet, tap, and jazz, she joined a performing group within her studio called Pam’s Pizzazz. In high school, she discovered her love for choreography. She submitted her first choreographed dance with my teacher’s 2-year-old daughter in an audition for the city’s annual City of Hope Spectacular and her piece made it in the show. This event really opened her eyes to a discovery of what she knew she wanted to do; teach children how to dance. She moved to Orange County and attended Cal State Fullerton to get her bachelor’s degree in Dance. While in college, she had the opportunity to work with many great teachers who studied under famous dance pioneers like Martha Graham, Jose Limon, and Lester Horton. She also attended two Pulse Dance Tours and studied under choreographers from the television show, “So You Think You Can Dance”, including Mia Michaels, Tyce Diorio, Tabitha and Napoleon, Wade Robson, and Dave Scott.

After receiving her dance degree, she decided to start working at the “Happiest Place on Earth”. She completed her Teacher’s Credential at Fullerton College to benefit her understanding of teaching children in an educational setting. “I love working for Dancing in Harmony, it is such a rewarding experience to be doing something I truly love. Seeing a child’s growth in dance and in life, makes me feel proud to be a part of this warm and fun company”. 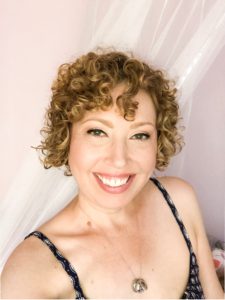 Miss Melissa has been dancing since the age of 3. She grew up in Texas where she trained in ballet, jazz, lyrical, modern and hip hop. She was a Senior Lieutenant for her high school drill team and helped lead her team to win Championships each year.

She received her Bachelor of Science in Radio/TV/Film from the University of Texas and quickly moved out to Los Angeles. Drawing from her love of dance, she began teaching and rekindled that flame for dance and started up her own dance company. She continued to train at Millennium Dance Complex as well. Melissa carries 12 ECE units.

After marrying and starting a family, Miss Melissa closed down her dance company to focus on raising her daughter. Miss Melissa is so excited to get to serve families and children again, through the love of dance and creative movement, by helping run the office and billing activities for Dancing in Harmony!

“We at Arbor Christian School love Dancing in Harmony!  Sarah and her staff really engage the children and the performances are age appropriate and priceless!”

“Dancing in Harmony is THE BEST PROGRAM! Their passion and love for children combined with knowledge and ability to connect, while building confidence and grace is memorizing. DIH should be in every school!“

“Riley has been in Miss Sarah’s Dance class for 2 years.  It was an easy decision to put my daughter in class because its held at her school, which makes my life so much easier!  She goes to school with enthusiasm every Dance Class day!”

“As a parent, it has been so rewarding to see the focus and effort my daughter puts forth for Miss Sarah.  Miss Sarah magically teaches the class routines the girls are able to perform on their own.”

“It is awesome to see a dance class of 3 to 6 year olds get on stage and perform without looking in the wings for guidance from the teacher.  The confidence built through a DIH class is priceless!”

“Miss Sarah made each class extremely fun for the kids and also taught them manners, discipline, and proper class behavior. I wish more schools offered a Dance class!”

“If you have never seen the teaching staff of DIH instruct a room full of 3 year olds in yoga you are missing one of the greatest sights in early child development!
It is magical! It would be amazing if more schools offered this program!”

Dancing in Harmony, Inc. was started in memory of my brother who fought a brave battle with brain cancer but after 6 years lost that battle. He was the kindest person and loved teaching music to his students and won awards and traveled the world with them. He signed everything "In Harmony."